How To Repair Rot In Wood Structures Such As Fence Panels

Wood fences are a popular way to enclose property and livestock.

However, wood posts that support the fence can rot if they are not maintained properly.

The most common cause of this problem is sapwood, which is the outer layer of wood that has dried out because it was exposed to rain or snow for an extended period of time.

There are many ways you can fix rotten posts with different levels of effort and expense involved.

You could remove the old post entirely and replace it with a new one; repair the spot where the rot is by cutting away all damaged areas and replacing them with fresh boards; or put in place temporary supports such as braces until you have time to deal with the problem more permanently.

To get a better understanding of repairing rot in wood structures, let’s take a look at what exactly rot is, how to prevent and treat the issue, and when to hire a professional.

Rot is rotting of the wood that occurs on various structures.

A common place where rot can occur is at the joint where two pieces of wood meet, or on a fence post, but there are many other scenarios that can lead to rot.

Rotting is caused by fungi and bacterial activity.

The fungus and bacteria are present on the surface of the wood, so any time it has been exposed to moisture for a long period of time they will be able to penetrate deep into it.

If not treated quickly, rot will spread which can cause major structural problems for an important structure such as a house or a wooden fence.

Prevention and Treatment of Rot

There is no way to stop rot from occurring if you don’t address the problem, but there are a few things that can be done to prevent it or at least slow it down.

“The easiest thing to do is to simply repair rotten boards with new wood.”

Though this doesn’t usually completely fix the problem, especially in cases where rot has gone deep into the wood, it will help keep it from getting worse.

To fully fix an area of rot in a wooden structure, you’ll need to remove all rotten pieces on both sides of the joint and replace them with fresh ones.

You can also put up temporary braces until you have time to properly deal with the problem by cutting away all rotted areas and replacing them with new wood.

If the rot has gone very deep, you may need to replace the entire structure, but if it is only a small area this will be overkill and you can save money by going with one of the other two options described above.

When to Call a Professional for Help

If you have tried other methods to fix the rot but they’re not working, it’s a good idea to consult a professional.

A professional carpenter will know the best methods for getting rid of the problem and may have access to tools that are not available to the average homeowner.

The cost of hiring them will be worth it in the long run if they can help you deal with your problem so that it doesn’t get any bigger than it needs to be.

There are many different ways you can fix rot in wood.

The most important thing is to take action as soon as it is discovered so that the problem does not get any worse.

If a professional is needed to help with the repair, make sure they have experience working on wooden fences or other similar structures before you hire them for the job.

Rot in wood structures can be tricky to deal with, but it is not impossible.

There are many different ways you can fix this problem depending on the size and severity of the issue.

If left unchecked, rot will spread through a structure which could lead to major problems like structural damage or even collapse.

It’s important to address this problem as soon as possible so that your fence post doesn’t become unusable due to rot and start causing more issues for other parts of your property such as an unfinished project, house foundation, siding panelling and so on.

The most effective way to do this is by taking action right away if there is any evidence that rotting might have started spreading from one area into another. 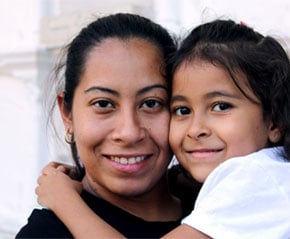